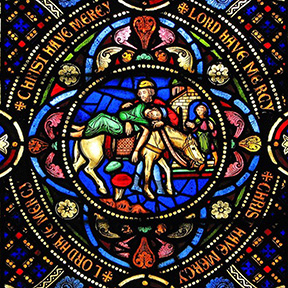 Why Catholic? A couple of years back Pope Benedict XVI sparked a great controversy with something he said, and it put a magnifying glass on an important topic, even if just for a moment. He was speaking about the Jewish people, but it applies for all people, really. It is a topic that is not considered politically correct if Catholics talk about it, but it seems to be acceptable for most other religions. It has to do with the difference between proselytizing and proclaiming.

Pope Benedict’s discussion considered the tension between the Church’s teaching that Jews will ultimately be saved because they were asked by God, through the law and prophets, to join him in the initial covenant, and what God does he does not revoke, nor does he make mistakes. What he formed with the Israelites was truly a good and holy relationship and those who stay faithful to God can be saved. But, Pope Benedict said, this cannot rob us of our obligation to proclaim Jesus Christ and his gift of saving love for all peoples, and to spread the Gospel to all who have not heard it.

The problem is, that for so many centuries this was done with coercion. Terrible scenes unfolded over the centuries with regard to the Jewish people, how they were forced to convert or die. We see these terrible images alive in our modern world and wonder how poeple could do such terrible things to other people, particularly where the cause of their suffering is faithfulness?

What Pope Benedict said didn’t make anyone happy. I had a teacher in seminary who told me once that you aren’t doing your job if someone isn’t upset with you, because what we do is supposed to reveal the truth; sometimes it reveals the falseness of some. The Jewish people were angry because Benedict said we should still proclaim the Gospel to all people, the Catholics were angry because they wanted to hear that only Catholics were saved.

We look around the world today into cultures that we might refer to as “third world” and see that many Catholics are being “stolen” by other Christian churches who claim that the Catholic Church isn’t true Christianity and that to be saved you must convert to their religion. We become upset when we see so many people go elsewhere after being told a lie.

You see, although we believe that baptism administered validly is valid for all people in all Christian churches, we still hold that the fullness of the faith is found in the Catholic Church. At one  time—including the eastern churches, up until the 12th century, ultimatey in the Reformation of 1517—all churches were “Catholic.” Generally, there wasn’t question about divisions that would exclude someone from one or another church. But as churches broke away, in the splintering process, important things also were left behind. Take marriage, which is such an issue today, for example. As Protestant churches split away, marriage was no longer held as a sacrament, and civil marriage was accepted as valid. What results is confusion. We see these issues with regard to sacraments, governance, authority, holy orders (ordination) and other significant articles of belief. Once something was rejected, opinion began to replace truth. I am a priest in the Catholic Church today because I value truth over opinion. And things like doctrine and rules are not only important to me, the are the only way to preserve an order that will defend doctrine.

So, as it is possible that people of good will who are faithful to what they believe have, in the mercy of God, a chance for salvation, it does matter what you believe. One of the saddest things I can hear someone say is, “It doesn’t matter which church, they’re all the same.” If only that were true, but it isn’t. A minimalist might say that it doesn’t matter what you believe: “as long as I get  my foot in the door…” But is that why God put us here? Or did he give us life so that we might truly know him, and through the sacraments seek the deepest life and love with him that is available to us here on earth? For this to happen there must be a moral compass that all of us follow, as a rule, or else the needle goes in all directions, and we forget there is an east and a west. There really is a need for some one person to speak on behalf of all the Church, someone that speaks with an inspired voice that brings us all back together. There are as many churches today as there are preachers. And last I checked, it was Jesus that established the Church.

That is why we have RCIA, because it does matter. We are not out to steal anyone, but to offer the same welcome Jesus first gave to his disciples when he said, “Come and see.”