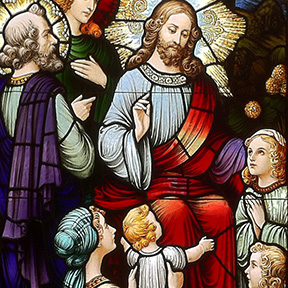 As naïve as it may sound, I think many people were taken by surprise last week. Many actually didn’t think that the Supreme Court would make such a judgement on something we hold so sacred as Marriage: It simply isn’t their jurisdiction, right? Since when can the courts speak authoritatively about something so clearly defined by the Church as a Sacrament?

At least, that is the question many Catholics seem to be asking.

Now that the ruling is done, we need reassurance of where it is going. It is true, I believe, it is another Roe v. Wade that will define for history the generations that are alive today. For clarity, we must talk about how our Church’s understanding of the Sacrament of Marriage and the common usage of the word “marriage” have very little in common, and how much confusion this has caused.

The conversation begins nearly 500 years ago with the Reformation. Many of those issues had to do with marriage, in particular, with divorce and remarriage. The Church was not any more willing then as it is now to allow for the dissolution of a bond that we believe is sacred, formed by God, not by men. By its nature, it is the witness of Jesus who lays down his life for us, the Church. A bride and a groom lay down their lives for each other, empty themselves of self, because of love. We see Jesus on the Cross as the bride and groom say to each other, literally, “This is my body, given for you.” Marriage isn’t about the self, it is about the other, thou, for whom I give away myself. Christ visible.

Anything less than that is not a valid Marriage. This is why the annulment process is possible, because there can be a true occurrence of Marriage that takes place sacramentally. If it is validly celebrated, it cannot be dissolved. The problem is, that so many people today have no idea what Marriage is really about, that valid Marriages may not be that common. For most people in our world today, marriage is something you do out of emotional desire for one’s own happiness. A sure recipe for an annulment is if someone says, “I can only be happy if I’m married…” Notice the emphasis is all on the “I,” and often it is not a person that they are in love with, but rather, the idea of being married. It is based, even trapped, in the self.

Today the Catholic Church is the only western form of Christianity that still defines Matrimony strictly as a Sacrament. Anyway, back to 500 years ago: When the Protestant churches broke from Tradition and began to recognize civil authority as a valid marriage, people gradually accepted civil marriage (out of a logical need for preserving a sense of human dignity?) to be something sacred. It has to be, right? Is it possible to have a real human marriage that is not sacred? People began to recognize the authority of the state as something more than it was, because of the vacuum that remained by removing Marriage from the sacramental life of the Church. (The same “vacuum effect” can be seen in those churches today who commonly hold a doctrine of the real Presence of Jesus in the Eucharist, though their founders blatantly rejected it. People have come to believe Jesus is truly there because none of it makes sense unless he is truly present...) Of course, it is not my intent to be arrogant about what we have, or judge any other church, we have done nothing to earn it. It is an effect that can be observed around us.

Today, with the exception of the Orthodox Churches, every other Christian church says that the authority of the state makes a marriage. Yet, it is vital to note that, for Catholics (and Catholic Canon Law only binds Catholics) even a civil marriage between a Catholic man and a Catholic woman is not recognized as valid. All arguments of natural law and validity with regard to same-sex marriage have even less of a basis in Tradition than do civil bonds between a man and a woman. With regard to civil unions and Catholics, we don’t have any comment at all, because the holy institution of Marriage is something that belongs to God’s creation, not ours, and we can’t change it any more than change our own DNA and still call ourselves human being.

A state authority cannot redefine the theology of a Sacrament. The state has no competence here. A Sacrament of Marriage can only be realized through the self-emptying consent (vows) given between a man and a woman who, by their physiological complementarity, are able to bring forth life in the same way that the divine Community that is the Blessed Trinity can breathe forth Life, new Spirit, new creation, according to God’s plan. A strict definition of Church Law in the lifetime of our grandparents and parents (for those of us who are older) even stated that if, for some reason, people were proven incapable of having children the Marriage could not be valid, therefore, not celebrated. Impotence was considered a diriment impediment to Marriage. Not just the lack of intention to bring forth life, but the actual incapacity. In the modern age we have reinterpreted this canon more liberally considering the possibility of adoption (fertility procedures generally are not considered moral alternatives).

The USA (I think) is the only nation where the clergy are both civil (“bonded”) officials and religious officiants witnessing, “receiving” the Marriage vows of a bride and groom. Everywhere else the couple must first go to the courthouse for the civil ceremony, then come to the Church for the wedding. It has provided a clear delineation between the powers of the state and the powers of the Church. As a civil official, I could see where the state might have the ability to force me (according to their definitions) to marry anyone who comes to me, perhaps as they have done with bakers of cakes or florists. The clergy has always had the ability to decline marrying someone: we can’t say “You can’t be married,” but we always have freedom to say, “I, in conscience, can’t marry you.”

As some have suggested, perhaps the solution now is for clergy to renounce their power as civil officials, remaining practitioners of Sacraments only, and remain faithful to our identity as priests. If that is what it takes, may the confusion end.

It remains vital that all of us—clergy, ministers in service to God’s creation, lay faithful—remain compassionate and loving when faced with this confusion in our world. Whatever you say, say only what Jesus would say, in the manner that makes him clearly the motive of your loving dialogue and witness. Jesus is irresistible to anyone whose heart is open, and if they can see him in you, then you have done your work. Adding ugliness to ugliness makes no progress, provides no kindness nor welcome. Remember whose we are, and whom we represent. Ultimately real love will prevail.