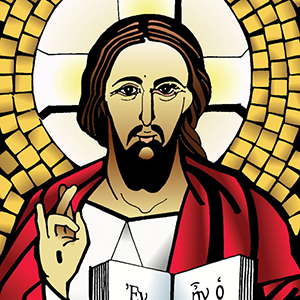 This week we had the joyous arrival of Fr. Mick Kelly! And we sure are glad to have him here with us here at St. Mary’s! I know that you will welcome him with the same kindness and generosity that you have shown to me. A little bio of him and photo are on this page.

Also, as you read this, I am likely in a plane over the Atlantic or landing in Poland! We have a group of about 30 pilgrims walking in the steps of the life of Pope Saint John Paul the great! Keep us in your prayers, and I will have on the altar with me many intentions of yours that I have taken with me! Our first mass will be in the shrine of Divine Mercy, so I will be invoking the generous mercy of God on our parish family.

Father Michael J.R. Kelly, born in Berkeley, CA in 1977, Fr. Kelly grew up around Allentown, PA and attended Central Catholic High School. He enrolled at Franciscan University of Steubenville and graduated with a degree in Biology in 2000. After college, Father spent a year on the road with NET Ministries, St. Paul, MN. During that year, Father did 109 retreats over 19,000 miles for more than 6,000 high school and junior high youth. He reenrolled in Franciscan University after NET and obtained a Master of Arts in Philosophy in 2004.

Father Kelly entered seminary for the Diocese of Arlington and attended Mt. St. Mary’s Seminary. During seminary, Father was sent to the Spirituality Year at St. John Vianney Seminary in Denver, Colorado. Father graduated from Mt. St. Seminary in 2010 with a Master of Divinity. and Master of Arts in Systematic Theology. Fr. Kelly was ordained to the priesthood with Fr. Bresnahan on June 12, 2010 and was assigned as parochial vicar to St. Mary’s in Old Town Alexandria. In July, 2012, Father became the 4th diocesan chaplain to Paul VI Catholic High School in Fairfax. Father has traveled to many countries in Europe and has lived abroad in Mexico, England and Austria.