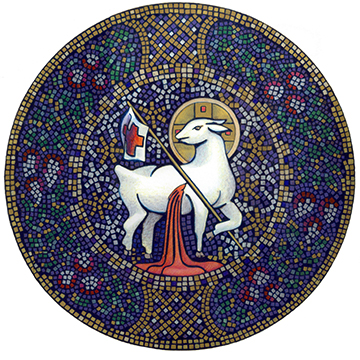 Last week I was in a conversation with someone and we were speaking about music after Mass. This person obviously was not current with all that is being written about liturgy and life (who is?) and was speaking out of her own grassroots spirituality as a Catholic who has gone to Mass all her life. She, as you might imagine, had well established opinions. “I don’t think we should have to sing anything after they take up the collection,” she said. “I just want to pray in silence in the presence of my God, and not have to think about everyone else, what they are thinking of me, or what I’m supposed to be doing.”

I tried my best to explain the reasons behind the music, but I’m not sure I got very far. Opinions can become so strong sometimes that you can still have them and not remember why. We default to lines like, “Well, that’s the way we’ve always done it.” One of my favorites of all time was once when somebody actually said to me, “Well, if Latin was good enough for the Apostles, then it is good enough for me.” (The secret is, of course, that the Apostles didn’t speak Latin. Maybe Peter and Paul, later, when they went to Rome. But the language of the New Testament Scriptures is Greek, maybe some Hebrew.)

It makes me wonder, though, why singing can seem so tentative at times when it should be most robust? For example, the Great Amen at the completion of the Eucharistic Prayer before the Lord’s Prayer—the great Affirmation of the faithful (you) for the prayer that has just been completed—thrice Amen in response to the prayer which began with the angels, “Holy, holy, holy…” It is often barely whispered. Did you know that the book says “the people respond…”? It isn’t the priest’s line, it is the people’s Amen.

I asked my interlocutor if this theory might have merit. “Is this why, do you think,” I asked, “that people don’t respond with the sung Memorial Acclamation at that precise moment that bread and wine is consecrated into the Body and Blood of Jesus: Jesus is now present on the altar.?” “Precisely,” said she, “because we are silent in the presence of the Lord, at this most holy moment.”

My good people, it is at this moment that we are to be overcome with joy, with response. As present to Jesus as he is to us. At that moment we can cry out, “Save us, Savior of the world, for by your cross and resurrection you have set us free!” That isn’t a whispered line! It is called the “Memorial” Acclamation because we acclaim our personal memory of the Great Story of Jesus: suffering, death and resurrection, NOT simply that it happened, but that God loved us so much that he did it for me, for us. Next time you are in the church for your silent moment, pick up the hymnal and find #685. I’m not crazy about the tune, but you could spend a week on the words!

And the moment of consecration isn’t the most holy moment of the Mass. The moment begins with consecration, yes, but isn’t fulfilled until
the last person in the church has received that holy Food! God the Son becomes Man, becomes bread, not to exist as bread, but to be consumed by us. He is waiting, he is hungry. The consecration exists for the moment of Communion. It does no good for God to become present if there is not a desire that fills us to receive him! To be one with him, and in the sacrament, to be his chosen people and become one with each other, too.

Yes, even with the people that you might rather wish weren’t there, with the cell phone or the screaming kids. Even with enemies. It can be a challenge. We are called to be Christ and to find Christ in others, no matter how difficult it may be with all the distractions. Being in Christ to others involves patience and kindness, but it also requires the courtesy to help others to focus. We need to be more mindful of each other, too.

If it is silent prayer time you seek in a silent church in the presence of the Lord, the church building is open all day…pick any time you like whenever Mass isn’t happening. But the Mass is the coming together of the Body of Christ with that great cry to the Father that comes from the Cross, across the chasm of death, the Word which came forth (first half of the Mass) and the word that returns to the Father in the form of Christ who unites himself to us in holy Communion, so that you and I may be caught up in that great offering to God for us and for our salvation.

Music exists for a purpose; it is clearly not for our entertainment. Anyone who has had training in a choir understands. When voices blend in song they can become one voice (in a way that can’t nearly be as perfect as when spoken), and that voice, with no single voice standing out, becomes the voice of Jesus himself. May we be so.

Still, put away the phones.