Prayers for you at the shrine of Our Lady of the Rosary in Pompeii, Italy.   Today 40 of our brothers and sisters arrived in Italy for a tour of Saints of central Italy.  We have a wonderfully enthusiastic group of pilgrims.  Why this shrine?
Blessed Bartolo Longo built this shrine 125+ years ago, after a dramatic conversion through the intercession of Our Lady.  Bartolo had been greatly given over to a life of dissipation and idolatry, but realized that it was going nowhere and turned back to God.  He wrote of this moment:

As I pondered over my condition, I experienced a deep sense of despair and almost committed suicide. Then I heard an echo in my ear of the voice of Friar Alberto repeating the words of the Blessed Virgin Mary: ‘If you seek salvation, promulgate the Rosary. This is Mary’s own promise.’ These words illumined my soul. I went on my knees. ‘If it is true … I will not leave this valley until I have propagated your Rosary.’

Thereafter he really made his mission to promote the praying of the rosary and rebuilding the dilapidated church in Pompeii which now stands as a beautiful pontifical basilica!  This helped to lead to development near the excavated ruins of ancient Pompeii which had been buried by volcanic eruption!

Next to a land of dead appeared, quite suddenly, a land of resurrection and life: next to a shattered amphitheater soiled with blood, there is a living Temple of faith and love, a sacred Temple to the Virgin Mary; from a town buried in the !lth of gentilism, arises a town full of life, drawing its origins from a new civilization brought by Christianity: The New Pompeii!… It is the new civilization that openly appears beside the old; the new art next to the old; Christianity full of life in juxtaposition to long surpassed paganism.

Bartolo Longo’s life of wandering far from the faith during his university and his return though the gift of the Rosary can be a great inspiration for our day.  Like him, you really can change the world, and the lives of those you love through this ancient devotion to prayer.
Pax,
Fr Mosimann
Comments are closed. 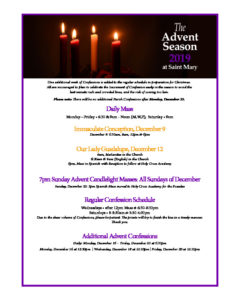