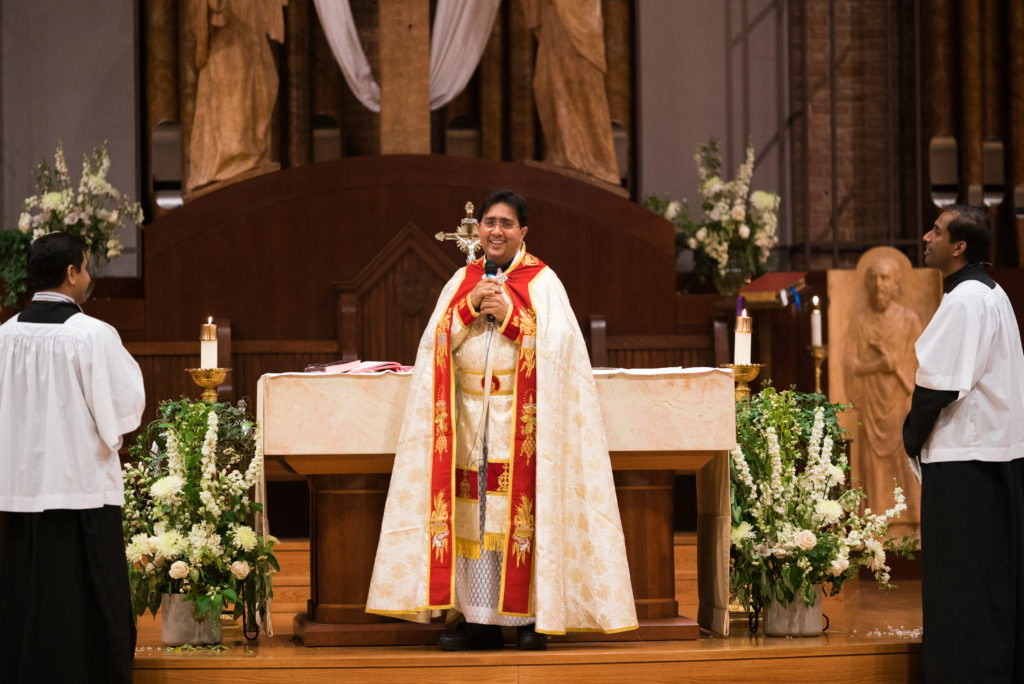 The 7pm Mass on Sunday May 6 with be celebrated by Fr. Sunny in the Syro-Malabar Rite.  Many people don’t realize that the reason we put the modifier Roman in front of Catholic is because there are many different types of Catholics that make up the Universal Church.  We Roman Catholics celebrate the sacraments in the forms taught to us by Peter and Paul, the Apostles who brought the faith to Rome, which spread over the Empire to all of Europe.  But different parts of the world were taught Catholicism by different Apostles or saints, but are united with us in recognizing the successor of Peter as the head of the Church on Earth. We believe the exact same teachings of the church, we celebrate the same sacraments, and we have the same head in the Pope.  The difference is they were brought the faith not by the Roman Empire but through other missionaries who, because of the difficulties in communications in ancient times, taught them in different ways how to celebrate Mass and the sacraments.  For instance, the Coptic Catholic Church (The church in Egypt) was founded by the Evangelist St Mark.  The Byzantine Catholic Church (in Turkey) was founded by the Apostle St Andrew, and the Syro-Malabar Catholic Church is a form of Catholicism practiced by the Christians of India since they were brought the faith by the Apostle St Thomas in the First Century.  Their Mass, which is called Holy Qurbana in their ancient tongue, dates back to the year 60 A.D., and is celebrated in a form of Syro-Aramaic, close to the language spoken by Jesus Himself.  This is a unique opportunity for the Roman Catholic Community to experience the true fullness of the Catholic Faith by learning and worshipping with our brothers and sisters of a different Rite, but still members of the same Holy Catholic Church.  This is an official Mass, and fulfills our Sunday obligation.  There will also by a Syro-Malabar Choir that will sing at Mass, and the readings and homily will be in English.  Come share the Eucharist with our brothers and sisters of a different Rite but the same one true Church of Christ!